In this blog you'll find mostly my thoughts and experiences as well as poems in regards to my Al-anon 12-step recovery.
I hope you enjoy. Please feel free to leave me comments.

If someone's drinking, drugging or sobriety is bothering you or if you grew up with drinking or drugs in your home, please find an Al-anon meeting.
http://www.al-anon.alateen.org/

This past weekend I attended a retreat for teens in a mountain camp just outside of Prescott, Arizona. Although it was 12 step recovery based, it wasn’t like any of the other retreats I’ve been to over the last seven years of my recovery. It was more. It was just... better.

My son had attended this retreat four years in a row and, because he needed to have his space from me and be free to have his own experience without me hovering, I had never attended. That was okay, as I am not the kind of mom that needs to be into every single thing he does. He no longer attends, so now it was my turn.

I drove up the hill into the mountains with seventeen teenagers in tow. Five of them were in my truck and my partner in crime and best friend, drove a van filled with the other twelve, plus one more adult. After an enormous amount of finagling to pack the vehicles, which included thirty cases of water, we finally got on the road. Jammed in like sardines.

I’ve been involved with supporting the teens for a number of years now, and it’s had its fair share of ups and downs, for sure. I was a bit reluctant and really didn’t know what this weekend had in store for me.

What I want to tell you about is the amazing blessings I received this weekend. These kids have all been affected by the family disease of alcoholism. Many of them are still living in active alcoholism or drug addiction and some of them have had the blessing of recovery enter their homes. A few have been removed from their homes and no longer live with their parents. And, some have even lost their parents to the bowels of this disease: Overdose, resulting in death. I’ve not lost a parent to this disease, but I have lost two close family members, as well as friends, and I know what this kind of pain feels like.

I watched them laugh with each other, listened to them curse like sailors, and I also watched them care for each other with such a remarkable amount of unconditional love that I was moved to tears. 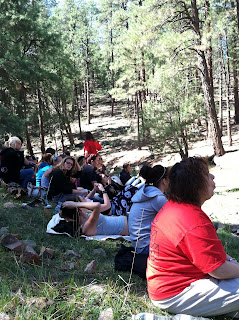 Many of these children, and yes, I’ll call them children, lost their innocence long ago. They’ve been witness to things no child (or adult) should ever have to see, and they have survived it. Some of them still struggle, which is to be expected, but they are fighters. Growing up as they do, as I did, hardens you. It leaves scars that take years to heal. They want to grow and overcome the things that they’ve had to experience and they want to learn how to give love and accept love…unconditionally.

These retreats offer them a safe place, where they can be themselves. Where they can cry or laugh or be silent and maybe feel some peace. Miracles happened this past weekend. I watched them, I felt them. Some of these kids experienced some healing and I watched some of them, that haven’t healed yet, wrap themselves up inside our warm circle of love, comfort, and friendship.

In total, there were forty two teens in attendance, ranging from ages twelve to nineteen. There were also a handful of adults that attend every year. Some of those adults came to this retreat when they were teens themselves. They come back now because of the gifts that they were given as kids, they come to offer that gift to the newest generation.

Many of the kids and the adults I saw on this retreat know my son. They told me how wonderful he is. How they miss him. I think, next year, I’ll be dragging him up the hill with me. At twenty, he’ll be one of the adults that attended this retreat as a kid, and he’ll be able to give back, too.

I met some young ladies that I had the honor of bonding with. I got to sit and laugh with them and talk about our similarities and differences and maybe, just maybe, I was able to be an example for them. It was an opportunity for me to stand in the gap for some of them, be a friend or a mother figure that loves them unconditionally. Accepts them as they are. 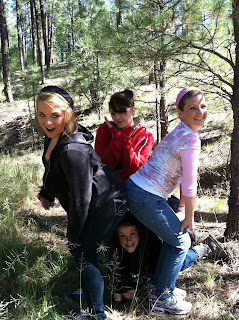 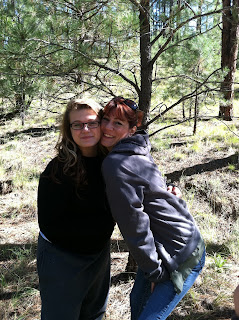 Among the many tears and emotions, there was also a ton of laughter. My best friend and I got to be a part of that too. We didn’t have to, we got to. We got to forget, for just a couple of days, about the serious lives we lead; the jobs and bills, all those things that accompany being an adult. We got to joke around and act like kids ourselves. I needed that. 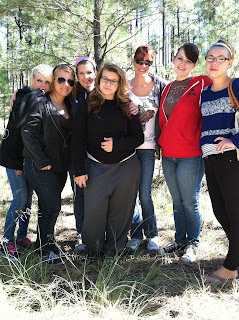 Although I didn’t get to know all of the kids, the ones I did get to know have left their mark on my heart.
My best friend and I even found a couple of teen girls who seemed as if they were clones of the two of us. We had an absolute blast goofing off with them. 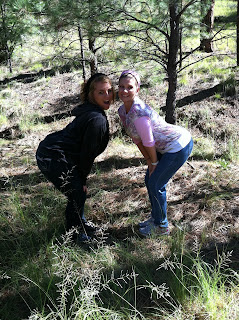 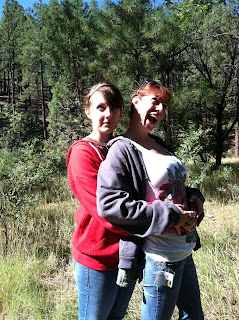 During the long drive up the hill, I sat next to a young lady who is a dancer, a singer and a writer. Wow! We sang together, we talked about dance, and then we talked about writing. What a gift I received. God put that girl next to me in my truck. I could never have planned that. 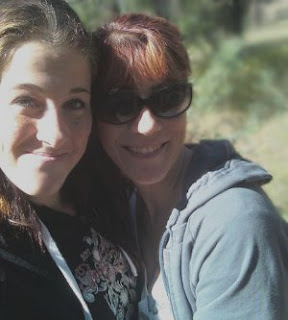 I cannot express how absolutely profound this weekend was for me. I cannot begin to even explain the amount of gratitude I felt as I drove those same five kids down the hill back to town. 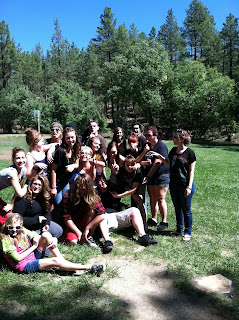 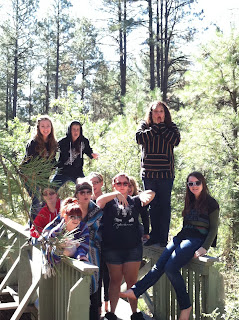 I offer a big Thank You, to each and every teen that I met this weekend. You are a bright light for me. Equal thanks goes to all the adults, who give of themselves so freely every year, for making sure this retreat continues to happen for these kids. You are an example of recovery and unconditional love. There are simply not enough of you.

I’m blessed and my cup runneth over.

P.S. If you know me personally, and wish to comment, please refrain from using my name. I prefer to keep my blogs anonymous.
Thanks. *hugs*
Posted by Dorothy F. Shaw at 11:05 PM 4 comments:

The Definition of Me